Brief Note on the Unemployment Rate

I had to rush this morning for an appointment and did not get the following point expressed properly.

In the household survey (data repeated below for convenience) there was a gain of 398,000 employed. However, the labor force rose by 423,000 explaining the flat unemployment rate.

The correct interpretation depends on the status of those workers over time. My guess now is this is unusual seasonal strength and will not be repeated.

Here are the charts once again 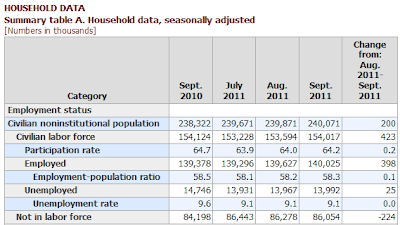 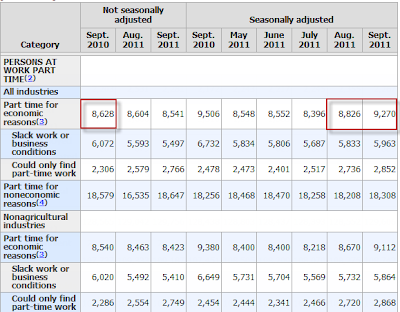 A year ago there were 8.6 million people who wanted a full-time job but could only find part-time work. Now there is 9.27 million.

In the last month, the number of people working part-time for economic reasons jumped by 444,000.

Part-time jobs are volatile but this is a huge jump.