Morning Update/ Market Thread 1/4 – The Banks Own it All…

Equity futures are slightly higher this morning still advancing within the rising wedge that most likely contains wave C: 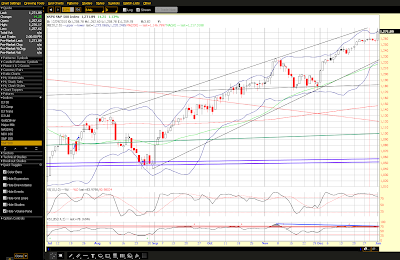 Still as divergent and overbought as ever. Note that the stochastic is descending against rising price and that the RSI is divergent from the prior high. Of course none of that matters in the face of billions every single day in POMO as there is this week. Keep in mind, however, that the first week of January has a tradition of being strongly bullish as a setup to later declines.

Factory Orders are released at 10:00 Eastern this morning while Motor Vehicle Sales will be released throughout the day.

The dollar is roughly flat this morning but oil and gold are under pressure, gold appears to have put in a small double-top in the $1,430 area and may need to consolidate to get over what is most assuredly attempts by the banksters to cap it least their ill deeds be seen in full living color – they won’t be, there are obviously no adults present to keep the bankers in check. 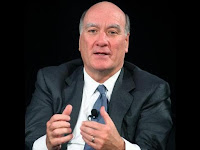 Such a move, which is still under discussion and which White House officials wouldn’t confirm, would bring a Washington veteran -- and someone with strong business ties -- into the administration as Obama enters the second half of his term. The president is faced with a Republican majority in the House of Representatives and is trying to accelerate the U.S. economic recovery while addressing the budget deficit.

Daley, 62, who typically responds to questions, didn’t return two messages seeking comment left on his cell phone yesterday or a phone call to his office and an e-mail sent to him today. White House officials declined to discuss the matter.

As he remakes his staff at the midway point of his presidency, Obama also is seeking to address complaints from some executives that the Democratic administration is anti- business. Daley is JPMorgan’s Midwest chairman and the bank’s head of corporate responsibility.

That’s right… let’s put a JPMorgan executive in as the Chief of Staff, Obama’s right hand man. Now tell me that Obama’s not completely owned by the banks.

As far as being anti-business, this Administration is anti-business only in their socialist attempts to put down the discontent that would surely otherwise have bankers swinging from lamp posts should Emergency Unemployment benefits and food stamps for 42 million Americans not be preventing soup kitchen lines that would put the Great Depression to shame in their scale. What the people have yet to figure out is that he is very pro BANK, it is the puppet master banks who are sticking other corporations with their socialist agenda, that is how they keep the revolution down.

JPMorgan’s “bank’s head of corporate responsibility?” Ha, ha, now that’s a good JOKE. I’m sure that this position is all about covering up the ongoing shell games, hiding their accounting gimmicks, and convincing people that black is really white as they commit one fraud upon the people after another. Simultaneously, they are spending millions on slick advertising on the boob tube to numb people’s minds to the fact that JPMorgan is world’s largest holder of derivatives and basically own the government, a feat accomplished by simply printing money from nothing and using that money to buy and to twist the law. The same money is what gets officials elected at the national level, without it an adult politician cannot rise. This is why the only way left to fix it is for the people to rise up.

Note Daley’s transition from government to bank and then back to government. Our government and banking system have become one in the same. Don’t believe it still? Here comes the "cure" for Forclosurgate:

Miller could not be immediately reached for comment by Reuters outside regular U.S. business hours.

The group has had at least one face-to-face meeting with representatives from all five of the largest banks and will reach individual settlements rather than a global agreement with the servicers, Bloomberg reported.

Mortgage servicers have come under fire in recent months for abuses of the foreclosure process.

All 50 state AGs formed a joint probe in October to investigate the use of "robo-signers" in foreclosure proceedings.

Ally Financial, Bank of America, Citigroup, JPMorgan and Wells Fargo could not be immediately reached for comment by Reuters outside regular U.S. business hours.

And there you have it. The rule of law is first ignored, and then when exposed to the light of day it is bought and paid for when an “agreement” is reached which will undoubtedly provide money to the complaining states and will ex post facto create a new law that makes their FRAUD legal just like it never happened. And the best part for them is that the money they are using to “agree” comes from nothing whatsoever – no productive effort on their part. That’s because they STOLE the PEOPLE’S right to own their own money system.

Yet as this five year chart of the XLF shows, the market knows what the financials are really up to. In fact, despite all the hype and all the trillions spent to keep them on life support, they have STILL failed to exceed even a 38.2% retrace of the decline since the '07 top. The poorest performing sector there is, again despite the hype. That is because the system is saturated with debt and it has yet to be unsaturated, all efforts to date are simply to hide, not to truly change anything: 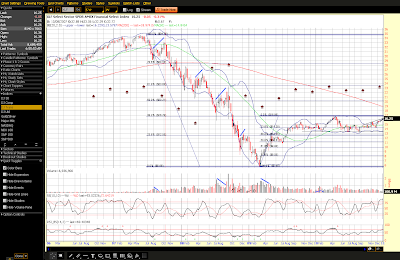 And as tired as I am writing about their endless illegal shenanigans, I know that STILL they are losing it and they will lose control, it is already lost. I know that because mathematically their con game simply no longer works, it requires larger and larger sums. All money printing schemes end eventually and they end badly, especially for the people when they do. The people have needed to find their spirit, but so far have been placated with lies and cheap goods stolen from overseas.