With Italian government bond yields, it's a case of "another day, another record". Here are a few charts. 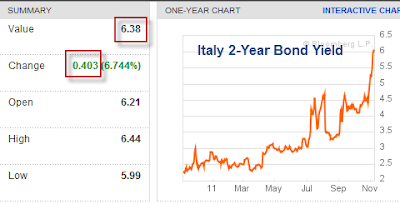 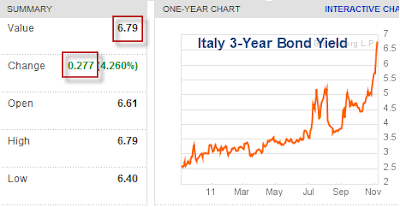 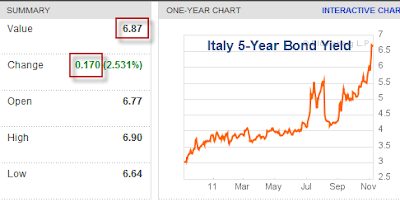 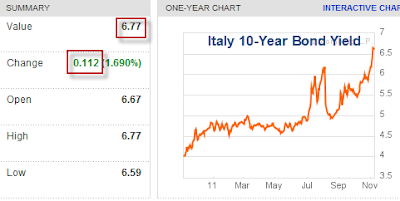 This is a huge red flag for Italy. 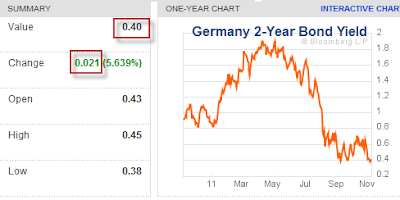 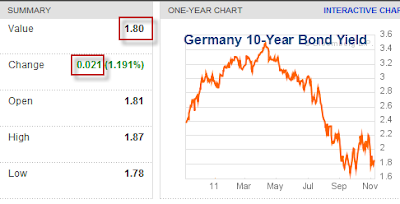 Time is running out. However, we as market players tend to underestimate the political process ability to “buy time”.

If Italy makes a credible plan or short-term swaps Berlusconi for a technocrat government, they can buy some more time to put their house in order. So don’t expect this week to be the final chapter in neither Italy or Greece.

Don’t worry, there are plenty more chapters to come.